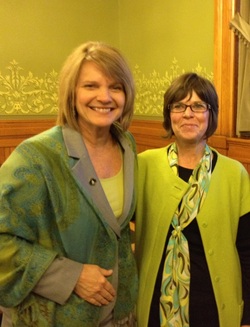 Luke’s fourth birthday consisted of a small family gathering with a nice meal, birthday cake and a gift of a polar bear puppet and book. But by the end of the celebration, Luke was crying uncontrollably. Only after Spot, the family dog, licked Luke across the face and made him giggle, was he able to explain the reason: He didn’t want the day to end. He’d never had a birthday celebration.

Kirsten and her husband adopted Luke and his brother, Paul, then age 2, ten days before the birthday party. The boys had been in seven placements, shuffling between their birth home and foster homes, and needed a stable place. Their files showed that the boys had been in a bad car accident and, when found, they had not been bathed in days, wore soiled diapers, and had curdled milk in their bottles.

Luke still remembers pieces of the accident – his head hitting the windshield and how he thought about his brother. He still remembers bits of his early childhood, such as getting his face slammed into a wall, which broke his front tooth. When he arrived at Kirsten’s home, he told her, “I am such a bad kid that Jesus doesn’t even love me.”

Kirsten and her husband worked to gain the boys’ trust, often through trial and error. When they took the boys to McDonalds for a happy meal, Luke panicked because that was where the exchanges between foster homes took place. After that, Kirsten got in the habit of explaining where they were going before each outing, reiterating that they would return home. They let the boys share a room so they had each other for support.

In a statement for the Iowa Senate Human Resources Committee, Luke wrote, “We learned that a time out meant just a time out. We were not going to be hit. We would always have food. And, we figured out that we finally had a mom and dad that loved us to the moon and back.”

Kirsten also has had to advocate for their special learning and health needs. She has worked with counselors, physicians, educational specialists, teachers, and other professionals to help mitigate the effects of trauma on their development. Luke struggled with reading, so Kirsten had him read a book out loud while she cooked dinner every night. They worked with teachers to give him more time and assistance to complete his homework. Recently, through Community Circle of Care, they brought a group of professionals together to work through a problem.

These learning and health challenges are in-line with the findings of the Adverse Childhood Experiences study, which linked childhood trauma to a wide range of health and social outcomes.

Luke, now age 13, reads at the 11th grade level and aspires to become an Eagle Scout and go to college. He likes playing outside with his brother and building things. He reads an entire book every day.

Kirsten admires her sons, especially “their willingness to forgive, their capacity to be vulnerable, to love again, and just the sheer fortitude and hard work. It’s not just that the opportunities are available,” she said. “Luke and Paul have maximized those chances.”

In his written statement, Luke wrote, “I have confidence now. Confidence in myself. I am also confident now that Jesus does really love me. I think that because of what my brother and I have gone through, we know what it is like and the possibilities. I know that we can be a voice for kids like us, who are hurting now, and deserve a chance. Every kid deserves to dream and hope about a happy future!”